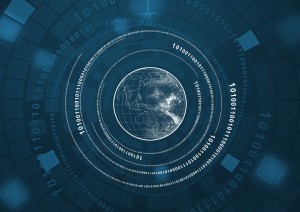 Are you falling for common misconceptions about online security and the risks it poses to your business?

A recent government report into cybercrime suggests you probably are.

It found that almost 80% of small business owners misunderstand how to keep themselves secure online. The report also states that SMEs risk losing a third of their revenue because they’re not up to speed on the dangers.

Among the most popular misconceptions is that only firms which take payment online are at risk from cybercrime. Even though hacking of payment processing is a popular ploy, in reality, all SMEs are vulnerable from criminals looking to steal data.

Another mistaken belief is that cyber criminals don’t target small businesses – when in fact the opposite is actually true. Smaller companies are fast becoming the targets of choice because they often don’t have the systems or checks in place to protect themselves – which cyber criminals are more than aware of.

Even SMEs hold large quantities of data but often don’t realise how valuable it is and what the consequences are if it’s stolen.

You may think none of this applies to you. After all, you’ve been ok until now, so why worry?

For one, cyber criminals are using increasingly sophisticated methods to attack but the defences used to combat them are failing to keep pace.

The recent story of a Blackburn company served as a stark reminder of the potential dangers. When a member of staff innocently clicked on a link in an email, they downloaded a virus, which encrypted more than 12,000 files. Those responsible demanded £3,000 to decrypt the files, which the firm had no choice but to pay. The company’s MD blamed a lack of awareness over potential attacks.

And that’s the problem – victims of cybercrime don’t know they’re at risk until it’s too late. So it’s crucial to be prepared because it’s not a case of ‘if’ you’ll be attacked, but ‘when’.

Don’t leave it to chance

For these reasons, it pays to put appropriate and up-to-date systems in place that recognise weaknesses in your IT network. They can also monitor your network to recognise when you’re under attack and contain or prevent damage.

As well as the technical aspects, you can also employ experts to train your staff to understand online behaviour. For instance, which attachments are safe to open and which pose a risk and what the procedure should be if you are concerned by anything that you receive.

This is the very reason why Indigo has introduced Site Secure, a free 2 week system monitoring exercise to determine the level of risk to your business and the likelihood of a security breach occurring.

This process gives you an opportunity to proactively reduce any risks to your network which will potentially save you from future security issues and save you money.

To find out more about this service and how this could potentially help your business, visit the website or contact Indigo directly on 0800 955 5345.