The true cost of a cyber-attack to your business 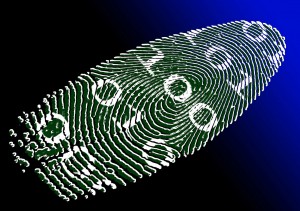 This is the minimum small companies can expect to pay out if they suffer a serious IT breach. That’s according to a 2015 survey carried out by PwC on behalf of the UK Government.

Not only is the average cost of breaches increasing rapidly (this figure was more than double the previous year), so are the number of cyber-attacks.

If viruses, spyware or malware attack your business, you’ll inevitably suffer financial loss and disruption to day-to-day operations. It could mean lost sales, stolen assets and intellectual property, fines, legal costs and compensation. Not to mention staff being taken away from their normal tasks to deal with the fall-out.

Just as costly for smaller businesses is the damage it could do to your reputation. Because these effects often last much longer than the breach itself.

For instance, customers or clients may refuse to use your business again. And if, like many smaller firms, you rely on a small number of customers, losing just one could have a big impact on your profits.

Cyber-attacks are becoming increasingly sophisticated, targeting businesses, networks and devices. Perpetrators are finding new ways into organisations and stealing valuable data or disrupting business. Attacks can come from anywhere in the world, as well as being straightforward and cheap to launch.

So, what’s the answer?

Too many businesses still see cyber-security as a cost. But it’s fast becoming an essential part of firms’ operations – much like health and safety.

In practice, this means investing in your IT defences.

You can hire experts to monitor your IT system round the clock, seven days a week. They understand where threats are likely to occur and have the know-how to fix any errors as soon as they hit. Even in the worst case scenario of a major breach.

Not only will it help you avoid potentially catastrophic damage to your business, it’ll give you peace of mind that your system is secure. So you can get in with the day-to-day running of your business.